In 1954, two researchers, Jean Hanson and Hugh Huxley from the Massachusetts Institute of Technology, made a model for muscle tissue contraction which is known as the sliding filament theory. This theory describes the way a muscle cell contracts or shortens as a whole by the sliding of thin filaments over thick filaments and pulling the Z discs behind them closer.

Six different proteins and molecules participate in the contraction of a sarcomere, namely:

Some of these combine together to form thick and thin filaments.

Myosin molecules are bundled together to form thick filaments in skeletal muscles. A myosin molecule has two heads which can move forward and backward and binds to ATP molecule and an actin binding site. This flexible movement of head provides power stroke for muscle contraction.

The thin filaments are composed of three molecules - actin, tropomyosin and troponin. Actin is composed of actin subunits, joined together and twisted in a double helical chain. Each actin subunit has a specific binding site to which myosin head binds. Tropomyosin entwines around the actin. This cover the binding sites of actin subunits, preventing myosin heads from binding to them in an unstimulated muscle. Troponin molecules are attached to tropomyosin strands and facilitate tropomyosin movement so that myosin heads can bind to the exposed actin binding sites. The sarcomeres can hence shorten. This hoever can only occur with the binding of Ca2+ ions to troponins first.

Mechanism of contraction of the sliding filament

Once an action potential arrives at the axon terminal, acetylcholine is released, resulting in the depolarization of motor end plate as shown in Figure 1. This action potential propagates along the sarcolemma and down the T-tubules causing release of Ca2+ ions from the terminal cisternae into the cytosol. Ca2+ ions then bind to troponin causing a conformational change in the troponin-tropomyosin complex, which exposes the binding sites on actin. As illustrated in Figure 3, the myosin head is already energised, as an ATP molecule binds to a myosin head where an enzyme called myosin ATPase hydrolyses the ATP. This releases the energy resulting in an extension of myosin head, carrying high energy, while holding ADP and a phosphate group temporarily.

This energised and cocked myosin head binds to an active site on the exposed actin binding site as shown in Figure 3. With a power stroke, the thin actin filaments slides along the myosin. The myosin hear changes from a high energy extended position to a low energy flexed position. ADP and a phosphate group are released. The myosin head still remains bound to actin filament until it binds to a new ATP molecule. Once a new ATP binds to myosin head, it releases actin and changes back to a high energy extended position, ready for a next cycle of causing power stroke. Such alternative power stroke occurs concurrently in thousands of myosin heads with actin filaments, resulting in an overall contraction of a muscle fibre. These contractions occuring in millions of muscle fibres in turn cause an entire skeletal muscle to contract.

After a brief time, the acetylcholine diffuses away from their receptor sites causing the acetylcholine receptors to close back as shown in Figure 4. The acetylcholine is then broken down by an enzyme acetylcholinesterase present at the synaptic cleft. Soon after contraction, Ca2+ ions is actively transported from cytosol back to sarcoplasmic reticulum via specialised Ca2+ pumps. ATP is expended in this process of active transport. After the Ca2+ ions are removed from cytosol, the troponin-tropomyosin complex covers the active binding sites of actin subunits once again, so that myosin heads cannot bind to actin. This results in the relaxation of a muscle cell.

The following figures illustrate these processes of excitation, contraction and relaxation of the sliding filament model: 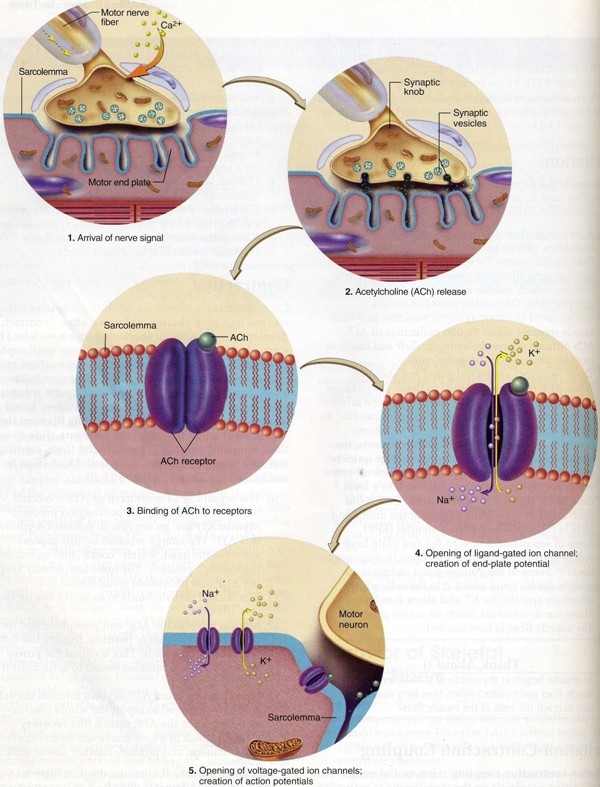 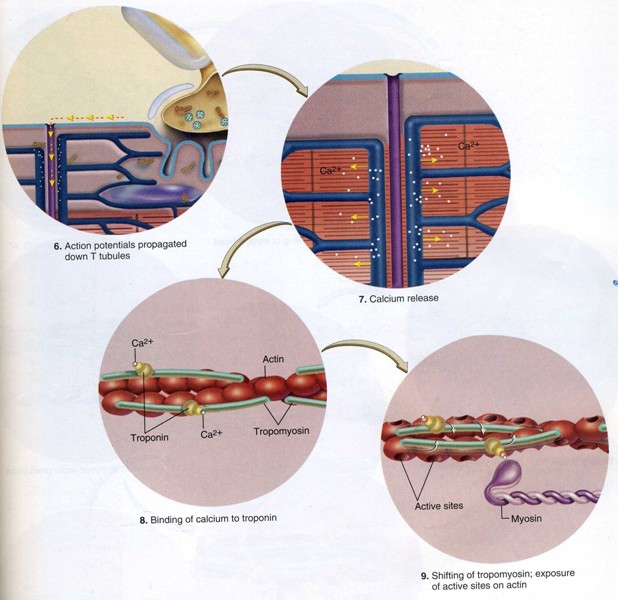 Figure 2. Excitation-contraction coupling. Events of action potential in muscle fibre to release and binding of Ca2+ ions to troponin. 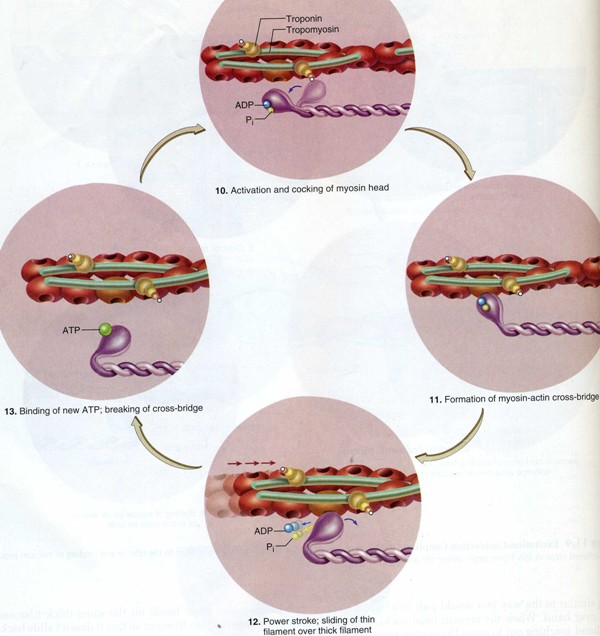 Figure 3. The sliding filament mechanism of contraction. A cycle of repetitive events that cause a thin filament to slide over a thick filament and generate tension in the muscle. 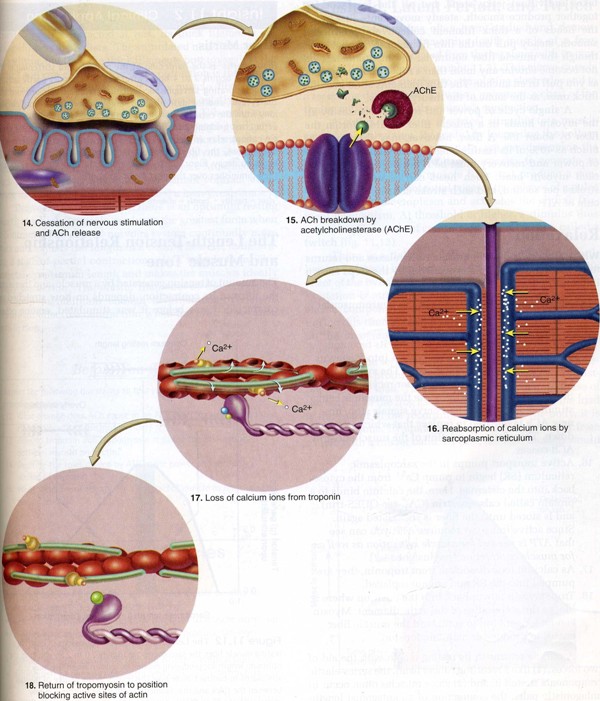 Figure 4. Relaxation of a muscle fibre. These events leading from the cessation of a nerve signal to the release of thin filaments by myosin.